If you are using a 'Practice Group' to keep the computers in your practice automatically synchronised (whether using the cloud or just your practice network) it is possible to get the occasional conflicting change.

A conflict is the result of two people changing the same item while one (or both) are offline. It is more likely to happen when you have practitioners who work off the network for periods of time and then sync their changes back.

In this scenario the system will alert you to the fact that someone else has made a change to the same item as you while you were offline and ask you to resolve the conflict. It will ask you to pick the changes you want to keep.

How To Resolve Conflicting Changes

Step 1
If you have conflicting changes then an indicator will appear as a 'System Alert' in the bottom left of the application. 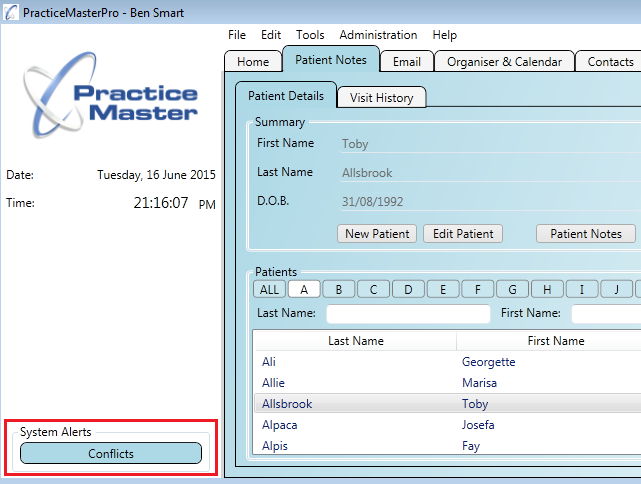 Step 2
Click the 'Conflicts' system alert to open the 'Conflict Resolution' window. Here you can see details about each change, for example: 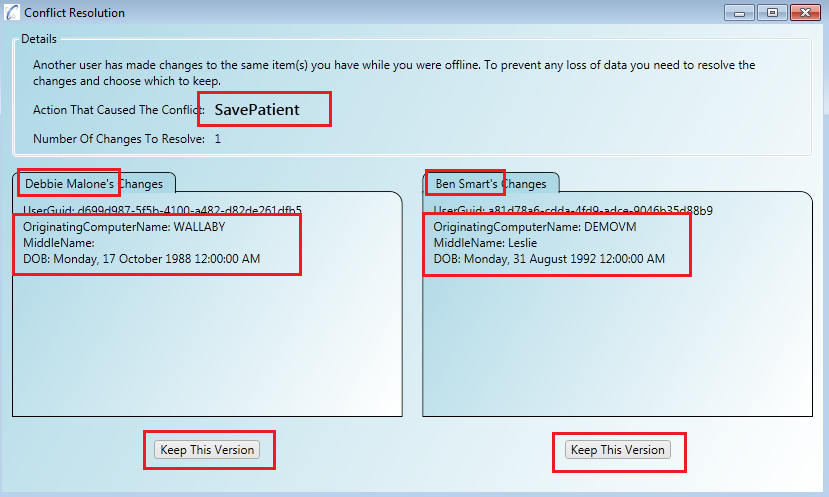 Step 3
You will need to choose the version you want to keep by clicking the button underneath that version.